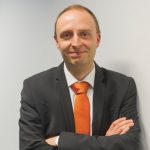 Jürgen is leading PEGI’s public policy and government affairs program on behalf of 1500+ member companies. He oversees the establishment of a co-regulatory framework that can address societal concerns related to video games and is built on close cooperation with European Institutions and Member States.

Jürgen’s previous professional background includes positions in the European trade and the telecommunications sectors. Jürgen is fluent in 5 languages and holds masters in History and in Political Science from the Catholic University of Leuven, Belgium.

The Pan-European Game Information (PEGI) was founded in 2003 as a self-regulatory age rating system for video games. The system was set up as part of the industry’s commitment to protect minors and to build trust with consumers by ensuring that reliable information about video game content is provided in a responsible manner.

Today, PEGI is used and recognised throughout Europe – PEGI rated products are marketed in more than 38 countries – and it has the enthusiastic support of the European Commission. It is considered as a model of European harmonisation in the field of minor protection and consumer transparency.

Jürgen Bänsch, PEGI’s Public Policy & Government Affairs Director, will give insights into how PEGI was established and how it developed into a system of harmonised content rating rules for games throughout Europe and beyond.