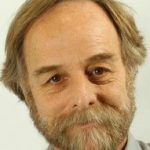 Scot Osterweil is Creative Director of the Education Arcade and the Game Lab in the MIT Comparative Media Studies Program. He has designed games in both academic and commercial environments.  Designs include the acclaimed Zoombinis series (math and logic), Vanished: The MIT/Smithsonian Game (environmental science), Labyrinth (math), Kids Survey Network (data and statistics), Caduceus (medicine), and iCue (history).  He is a founder and Creative Director of Learning Games Network (www.learninggamesnetwork.org) where he led the Gates Foundation’s Language Learning Initiative (ESL), and where he designed Quandary, named Game of the Year at the 2013 Games for Change festival.

As games have become big business, and forms of mass media, they have also become sites of political struggle (see Gamergate). This talk will be an exploration of the ways in which games are often conveyors of dominant culture, and how we can marshal them in resistance to those same forces of dominance.