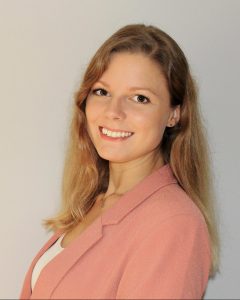 Daniela Bruns works as a University Assistant at the Department of Media and Communications at the Alpen-Adria-University Klagenfurt (AAU) in Austria. She holds a diploma in Media Theory and Cultural Studies and a bachelor in Economics from the University of Klagenfurt. She is the organizer of the annual Game Pics Event at the AAU which is an art project that experiments with reflections on in-game imagery. Her main research interests include cultural studies, popular culture, serious gaming, and video games between escapism and activism.

When the future becomes the present – Detroit: Become Human as a resource for social criticism

Stories about artificially created humans, robots, androids and cyborgs have been captivating humanity for several centuries. After their entry into literature, art, film and television, the subject also found its way into video games. Frequently framed by a dystopian scenery and noir elements, it takes us into a gloomy vision of the future that deals with the fears and worries of the present. The question of what constitutes humanity and how people relate to their environment is more relevant (and more urgent) today than ever and has been inscribed in the central issues of, for example, Posthumanism and New Materialism.

The 2018 published video game Detroit: Become Human also deals with this issue but deviates from a dystopian framing. The fictional world in which we are immersed in this game is very similar to our current one. Technological progress does not generate disbelief but is based on technologies that we already encounter in our everyday lives. Familiar images allow us to look back at recent history instead of indulging in futuristic exaggerations. Therefore, the video game does not offer its players to focus their attention on a possible distant future but to deal with current events and problems. This presentation will exemplarily deal with some aspects of the game and link them to their context of production and reception, in order to illustrate the potential for meaning. It should not only be shown that popular video games can be a resource for social criticism, but also which circumstances are required for its successful realization.