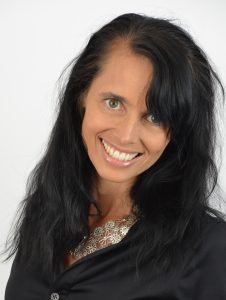 Sonja Gabriel is professor for media literacy at teacher university college KPH Vienna/Krems. She teaches use and effects of digital media to pre-service and in-services teachers. Her research focuses on digital media for teaching and learning, putting an extra focus on digital game-based learning as well as teaching values in and with digital games. Sonja Gabriel studied German and English at the university of Vienna. She wrote her PhD thesis about knowledge management at secondary commercial colleges. In two master degree courses (Educational Media at University Duisburg/Essen and Applied Game Studies at Danube University Krems) she specialized on digital media and videogames.

When being released in summer 2016, Pokémon Go made it to the headlines of all kind of media all over the world. However, it was not the game itself and its then innovative AR-technology which was in the center of interest but articles which either supported the hype around the game (gamers taking more exercise and getting to know their home towns better) or which condemned the game strongly for example because of being the reason for accidents or because of having placed Poké-Stops and Gyms in unsuitable places like memorial sites of concentration camps. When it comes to religion, there are also different opinions: Some churches, for example in Great Britain, tried to lure more people to church by organizing Pokémon Go parties. Other religions banned the game – in Saudi Arabia the fatwa on Pokémon was renewed as the game is said to support theory of evolution. Some gamers even believe the game to be a religion of its own by citing techno-animism.

Studies show that Pokémon Go can motivate people to get more exercise outside and that it can support finding new friends or getting closer contact to other people. Even persons suffering from social anxiety disorder like to play the game. Insurance companies, however, regard games like Pokémon Go as posing additional risk on gamers as they are distracted by the game resulting in more accidents and thus more insurance cases. Thus, insurance experts are thinking about ideas how to minimize these risks.

These are only some examples how the game has already influenced society and which concern – in contrast to most other games – also non-gamers. The presentation is going to discuss some of these cases, thus showing how strong games are interconnected with our every-day-lives.