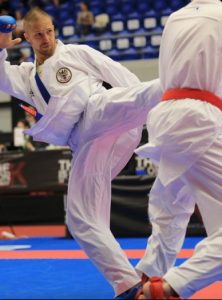 Harald is a games researcher, media pedagogue and cultural mediator based in Graz, Austria. He works for the Styrian Government as an expert in digital culture.

At Ludovico – an NGO focusing on the culture and pedagogics of play – he is responsible for digital play and organizes the annual button Festival of Gaming Culture. And at the Institute of Cultural Anthropology at the University of Graz he is currently finishing his doctoral thesis on the interplay of digital games and their social surroundings.

Over decades games have grown to be playgrounds of masculinity. Much of their narratives and visual design cater to concepts of male heroism and the heterosexual, male gaze. Their communities are dominated by men and have in many ways proven to react questionably to female presence and, obviously, feminist criticism. The same people who argue that it’s “just about games” become very emotional and determined when defending these games against change.

Feminist criticism has, in many aspects of social life, forced patriarchal structures to justify themselves, questioning existing norms of male behavior and power. Digital games, at the same time, offer what can be described as counter-places – places people turn to when they feel pressure or experience too little freedom and agency in other parts of their lives. Over decades they have become retreats for what is perceived to be traditional masculinity. While being part of the internationally dominating group of white, heterosexual males, many players do not experience themselves to be powerful outside of game worlds.

This talk will link what has repeatedly been described as a crisis of masculinity to gaming culture and Gamergate. Looking at games as phenomena between heterotopia and utopia it will take into account Juul’s concept of games as half-real in order to offer an interpretation of their role in the bigger context of a fast changing society.