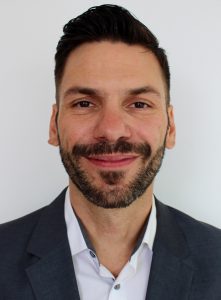 Frank Fetzer is a PhD candidate in the last year at the University of Vienna. He holds a master’s degree in film studies from the same institution. His work focuses mainly on phenomenological and post-phenomenological theories. Key elements of his research are embodiment, human-technology relations, cyborgs, the ontology of virtual worlds and of course the video game as such. In his dissertation project, he tries to disentangle the manifold relations between player and video game as technological artefact and extension of player and world.

Mixed Reality is already there! The Player’s Body as Foundation of the Video Game Experience

The different ontological status of the virtual gameworld and the material world has frequently led to a certain disregard of the player’s lived body on the one hand (all the action takes place in the game world) and to contemptful indifference towards the gameworld on the other (It’s not real! Why bother?).

Employing the phenomenology of French philosopher Maurice Merleau-Ponty (Merleau-Ponty, 2012) I will argue that these two planes of existence are completely interwoven in the act of playing, that gaming is an activity deeply grounded in the carnal Being-in-the-World and that virtual action, as it is based on the subject’s lived body, is no more real or unreal than physical action.

Taking Maurice Merleau-Ponty’s notion, that “[m]y body is wherever it has something to do” (Merleau-Ponty, 2012) as a starting point, I will – with the help of Don Ihde’s and Peter-Paul Verbeek’s post-phenomenological analyses (Ihde, 1979, 1990; Verbeek, 2008) – sketch a framework for closing the ontic difference between physical and virtual worlds via the lived body’s capacity to incorporate technological artifacts. Playing a video game necessarily means to extend the body into the virtual and it is for that reason that indeed we have to conceive playing video games as a mixed reality experience.