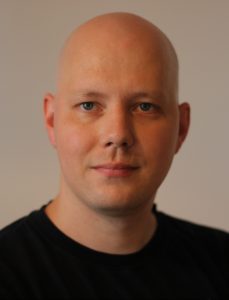 Florian Kelle, former chef, is a master’s student in the Game Studies and Engineering programme at Klagenfurt university. Prior to studying in Klagenfurt, he received a bachelor’s degree in British and American studies from Bielefeld University. His bachelor’s ‘If I Throw a Ball at You, You Could Wait until It Starts Telling a Story – A Ludo-Narratological Approach to Metal Gear Solid 3 and 4’, he concluded his first work on games. Beyond narrative and formalist approaches, he interested procedural literacy and the extra-academic communities of knowledge that arise around videogames. During a seminar he taught on horror in videogames, he has developed an interest in the archaeological implications of exploring games as virtual spaces. Currently, Florian Kelle is working towards his master’s thesis on conducting archaeology in and of videogames.

The Big Dig: On Rethinking Videogames as Nexus

Videogames are cultural artifacts. Just like in the real world, archaeology can be conducted in digital spaces. Recent developments in the archaeological treatment of videogames, archaeogaming, strive to regard videogames as hyperobjects. Whereas this concept does well in accounting for the pervasive nature of videogames, it further complicates how videogames can be interacted with and analysed from an archaeological perspective: What constitutes a videogame? Who is proficient enough to assess the phenomenon? Where do we start when dealing with this unfathomable artifact?

Videogames have traditionally been defined through cultural play theory and medium-specific theories from the school of ludology. Taking into consideration discussions of the magic circle and paratexts, it is evident that there must be more to what constitutes the game. Consequently, demarcating what truly constitutes the digital artifact through established positions becomes difficult.

In my talk, I address the nature of videogames as hyperobjects. First, I look at how archaeology and archaeogaming deal with artifacts. By extending on existing notions of archaeology in and of videogames, I complement theories of archaeogaming with the medium-specific character of play and interaction. Concrete examples from videogames and their contextual surroundings illustrate the extension of the boundaries. I claim that games in the narrow sense should be considered as a nexus for all the features that constitute the artifact ‘game’ as a hyperobject, allowing for archaeology in and of games to be conducted. 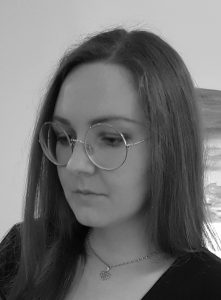